So you went and bought your first gun and have taken some training classes….That is Awesome and Kudos to you getting that training.

You have been to the range a couple of times and it feels like you starting to get bored… Oh Man…what did I buy this thing for if I am already bored? Wait!! Don’t give up yet…..the answer is below!

Please don’t misunderstand what I am saying here….static ranges are awesome and provide value in all sorts of practice. It is just that most static ranges won’t let you do anything close to realistic practice… I.E drawing from the holster, speed reloads, etc. Competitive shooting allows all of that.

I hope to be writing on the different disciplines in the future. I am going to probably start with the Steel Challenge Shooting Association as that is what I personally shoot the most.

Once you start shooting competitively you will be getting a lot of practice.

You will want to practice shooting the matches better, but you could also think of the matches themselves as practice.

You will be practicing before the matches so you shoot better and maybe (Hopefully?) out shoot your newly made friends.

The matches themselves will serve as practice for shooting under pressure because you will be shooting for time and accuracy. That does put some serious pressure on you which I fell is very good for you.

Shooting poorly at a match is actually a good thing as long as nobody got hurt. As long as you follow the general safety rules I outlined here as well as the club’s rules you will be fine. The good thing about flubbing a stage or match is that it shows you where you need to improve. More Practice.

Most of your action shooting disciplines will have you shooting from awkward positions. You might start in a standing position, but quickly have to move to a kneeling position, a prone position or maybe shooting around barricades and sometimes some long distances that you aren’t accustomed to.

This seems like a funny topic, doesn’t it? Well I touched on this earlier. Most disciplines have you shooting for time and accuracy. Until you have heard it…you would be surprised at how much stress the sound of that timer going off does to you. I have had stages all planned out on how I was going to shoot them and then that beeper goes off and my brain just goes blank. Also, we all get an adrenaline rush when are about to shoot, there is no getting around it.

Shooting fast and accurate under stress is a very good habit to have in case you ever find yourself in a defensive shooting scenario.

Now I know you are asking yourself…what is the talking about here? Think about it…. I don’t care in what sport you are competing in…you always want to do better than the next guy. The accountability part comes in because chances are, you will be shooting with these same people every month. Even if you don’t see the same people…..you will be competing against yourself….always trying to improve.

That is one of many cool things about competitive shooting. I don’t care what age you are or what gender you are.

I know a competitor who shoots very well in action pistol and 3-gun competitions and always places at the top or very near and his sister is a World Class Shotgun competitor.

I primarily shoot pistol competitions and that seems to have been dominated by the male gender. I have had to tell you, the last few years I have had seen more and more women shooters. What I think is really cool…all the couples that shoot together. It is even cooler when the women beat their significant others. Not to say it is surprising….women often do better than men in competitive sports as they don’t let their egos get in the way.

I often volunteer at matches and nothing thrills me more to see a young child come up to the stage I am working and give it a go. Then I get somebody completely on the opposite end of the age spectrum that is still getting out there and getting it done.

While researching this post, I came across an article in the latest official journal of the United States Practical Shooting Association entitled “Those Amazing Senior Shooters” as well as an ad for “Junior Shooters”

For all the women shooters out there, I highly recommend you check out “A Girl and a Gun”

This is probably my favorite part of competitive shooting…the life long friendships that you develop. I have had met a ton of people at matches and now consider them friends. I often find myself staying in contact with people from different states and even my own on social media and via phone. I have had friends that I have had met that actually closed their family business for the day to attend a graduation ceremony for my son….it doesn’t get any better than that.

So there you go. Trust me that this is just the tip of the iceberg concerning competitive shooting. I recommend you do your due diligence and research one of the disciplines that might interest you. I am sure you can find videos on YouTube that will show you any of them. Like I mentioned above, I will be writing about the different disciplines in the future, so depending on when you come across this post I may have some more relevant information for you.

I encourage you to get involved in competitive sports so you can become a better shooter, and possibly a better person as well.

Thanks for reading and as always please feel free to leave comments, suggestions and questions below. 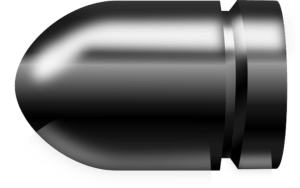 2 thoughts on “Why Shoot Competitively?”